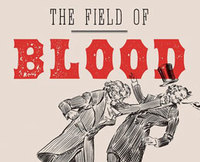 The first rule of Fight Club: Violence in Congress and the road to civil war 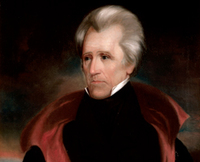 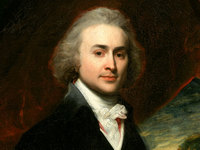 Making history, one day at a time: The diaries of John Quincy Adams

“From his adolescence until his last days, Adams kept a diary: his most varied, brilliantly observed writing achievement, a record of political activities and personalities; theatrical performances and religious reflections; his readings, thoughts, and mediations. That achievement, like all his writing on public subjects, was enlightened by a vision of an America that would move confidently into its destiny, a national union in which individual liberty harmoniously co-existed with federal programs that promoted economic, social, scientific, and cultural progress. It was also deeply personal, a living organism, containing his account of the objective world and his inner life.”
—Fred Kaplan, author of John Quincy Adams: American Visionary

John Quincy Adams was perhaps the most accomplished statesman ever to become president of the United States. By the time he was twelve he had made two perilous wartime voyages to Europe with his diplomat father John Adams, mastering French in Paris, and studying Latin and Greek at the university in Leiden. By fourteen, his father had dispatched him to serve as secretary to a special mission to Catherine the Great’s court in Russia. After supplementing this extraordinary Continental education with a degree at Harvard and training in the law, Adams returned to Europe as a diplomat in his own right, this time amid the disruptions of the French Revolution, first as U.S. minister to the Netherlands, and then to Prussia.

After a stormy single term in the U.S. senate, Adams was off to Europe once more, returning to St. Petersburg as the first American minister to Russia, where he enjoyed a cordial relationship with Tsar Alexander and was on hand to witness Napoleon’s fateful invasion. Declining a confirmed nomination to a seat on the U.S. Supreme Court—before which, for good measure, he had earlier argued landmark cases—Adams remained in St. Petersburg until he was tapped to lead the American commission at Ghent that negotiated an end to the War of 1812. From Ghent he traveled to Paris, arriving in time for Napoleon’s 100 Days and final fall, and then to London, where, like his father before him, he served as U.S. minister to the Court of St. James’s, matching wits with Lord Castlereagh.

Having run the table of the young nation’s diplomatic postings, Adams returned to the United States in 1817 to become secretary of state under James Monroe, quickly emerging as the leading officer in a very contentious cabinet and achieving a lasting legacy as the architect of the Monroe Doctrine. Finally, in 1825, at age fifty–eight, after two terms as the nation’s top diplomat, he was ready.

For all that, Adams’s single term as president was mostly an exercise in frustration, and it wasn’t until he returned from a brief, and tragic, post-presidential retirement to serve in the House of Representatives—there to confound the Slave Power at every turn for the last seventeen years of his life—that he found his true political voice. It was there, at his congressional desk, that he suffered a fatal stroke on February 21, 1848, age eighty. He died in the Speaker’s chamber two days later, but not before pronouncing “I am composed.”

Adams’s last words were especially fitting, for he had not only lived this incredibly active life: throughout it all, from age twelve to age eighty, he had also literally composed it, in real time, in the pages of his diary, the most remarkable work of its kind in our literature. For almost seventy years Adams minutely recorded the events of his life, and of the life of his mind, in a total of fifty–one manuscript volumes, amounting to almost 15,000 closely-written pages. Collectively, they form an unrivaled personal record of historical events from the Revolution to the Mexican War by a figure prominently involved in them. As his son Charles Francis Adams, the editor of the first published edition of the diary, observed, “It may reasonably doubted whether any attempt of the kind has ever been more completely executed by a public man.”

February 24, 1820: I had also some Conversation with [Secretary of War John C.] Calhoun on the Slave question pending in Congress. He said he did not think it would produce a dissolution of the Union, but if it should the South would be from necessity compelled to form an Alliance Offensive and Defensive with Great Britain—I said that would be returning to the Colonial State; he said yes—pretty much; but it would be forced upon them—I asked him whether he thought, if by the effect of this alliance, offensive and defensive, the population of the North should be cut off from its natural outlet upon the Ocean, it would fall back upon its rocks bound hand and foot to starve, or whether it would not retain its powers of locomotion, to move Southward by Land. Then he said they would find it necessary to make their communities all military. I pressed the conversation no farther; but if the dissolution of the Union should result from the Slave question, it is as obvious as any thing that can be foreseen of futurity, that it must shortly afterwards be followed by the universal emancipation of the Slaves. . . . Slavery is the great and foul stain upon the North American Union; and it is a contemplation worthy of the most exalted soul, whether its total abolition is or is not practicable. If practicable, by what means it may be effected, and if a choice of means be within the scope of the object, what means would accomplish it, at the smallest cost of human sufferance. A dissolution, at least temporary of the Union as now constituted would be certainly necessary, and the dissolution must be upon a point involving the question of Slavery and no other. The Union might then be reorganized, on the fundamental principle of emancipation. This object is vast in its compass—awful in its prospects, sublime and beautiful in its issue. A life devoted to it would be nobly spent or sacrificed. This Conversation with Calhoun led me into a momentous train of reflection.

Read a passage from The Diary by John Quincy Adams 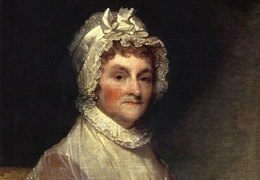 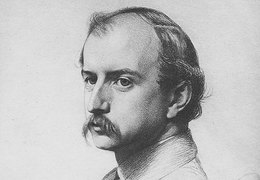 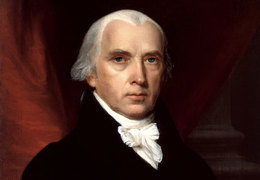