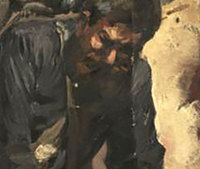 Stephen Crane, “An Episode of War” 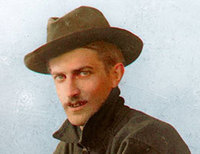 Burning Boy: Paul Auster on the Extraordinary Life and Work of Stephen Crane

Major works:
Maggie: A Girl of the Streets • The Red Badge of Courage • The Monster • “The Open Boat” • “The Blue Hotel” • “The Bride Comes to Yellow Sky” • War Is Kind

“The important point is that between Twain and the emergence of the driving honesty and social responsibility of Faulkner, no artist of Crane’s caliber looked so steadily at the wholeness of American life and discovered such far-reaching symbolic equivalents for its unceasing state of civil war. Crane’s work remains fresh today because he was a great artist, but perhaps he became a great artist because under conditions of pressure and panic he stuck to his guns.”
—Ralph Ellison

“Most modern prose is based on the spoken language. A writer has to learn to listen to the sound of his own and other people’s voices. Crane formed his style to a great extent by listening. When he was writing The Red Badge of Courage, a novel about the Civil War, he listened to Civil War veterans talk.”
—Ross Macdonald

The Red Badge of Courage

There was a singular absence of heroic poses. The men bending and surging in their haste and rage were in every impossible attitude. The steel ramrods clanked and clanged with incessant din as the men pounded them furiously into the hot rifle barrels. The flaps of the cartridge boxes were all unfastened, and bobbed idiotically with each movement. The rifles, once loaded, were jerked to the shoulder and fired without apparent aim into the smoke or at one of the blurred and shifting forms which upon the field before the regiment had been growing larger and larger like puppets under a magician’s hand. 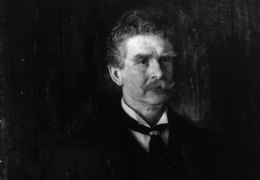