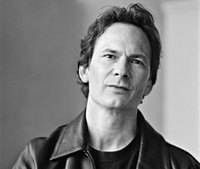 Forrest Gander: Writing from the edge of the abyss—the books that influenced Be With 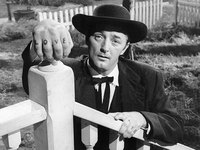 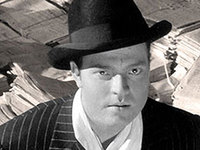 Major works:
Let Us Now Praise Famous Men • A Death in the Family • Agee on Film • screenplays The African Queen and The Night of the Hunter

Keaton’s face ranked almost with Lincoln’s as an early American archetype; it was haunting, handsome, almost beautiful, yet it was irreducibly funny; he improved matters by topping it off with a deadly horizontal hat, as flat and thin as a phonograph record. One can never forget Keaton wearing it, standing erect at the prow as his little boat is being launched. The boat goes grandly down the skids and and, just as grandly, straight on to the bottom. Keaton never budges. The last you see of him, the water lifts the hat off the stoic head and it floats away.
No other comedian could do as much with the dead pan. He used this great, sad, motionless face to suggest various related things: a one-track mind near the track’s end of pure insanity; mulish imperturbability under the wildest of circumstances; how dead a human being can get and still be alive; an awe-inspiring sort of patience and power to endure, proper to granite but uncanny in flesh and blood. Everything that he was and did bore out this rigid face and played laughs against it.

Read a passage from Comedy's Greatest Era by James Agee