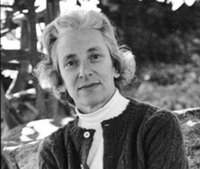 Major works:
The Guns of August • The Proud Tower • Stilwell and the American Experience in China

The Guns of August

After the Marne the war grew and spread until it drew in the nations of both hemispheres and entangled them in a pattern of world conflict no peace treaty could dissolve. The Battle of the Marne was one of the decisive battles of the world not because it determined that Germany would ultimately lose or the Allies ultimately win the war but because it determined that the war would go on. There was no looking back, Joffre told the soldiers on the eve. Afterward there was no turning back. The nations were caught in a trap, a trap made during the first thirty days out of battles that failed to be decisive, a trap from which there was, and has been, no exit.

Read a passage from The Guns of August by Barbara Tuchman