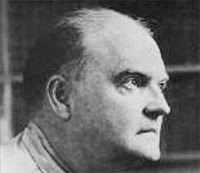 Lewis Dabney on Edmund Wilson, “a storyteller, a master of exposition and compressed intellectual analysis” 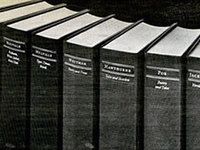 The long, hard-fought campaign that led to The Library of America’s founding

Major works:
Axel’s Castle • The Triple Thinkers • To the Finland Station • The Wound and the Bow • Patriotic Gore: Studies in the Literature of the American Civil War

“A history of man’s ideas and imaginings in the setting of the conditions which have shaped them”: this was Edmund Wilson’s ideal of literary criticism when he published Axel’s Castle (1931), the study of Yeats, Stein, Joyce, and other modernists that established him as an essential figure in American letters. Wilson’s omnivorous curiosity and restless ambition made him not only the preeminent critic of his era but a historian, an investigative reporter, a novelist, a memoirist and diarist, chronicling his own life and times while delving ceaselessly into other times and other places. His essays and reviews remain supremely readable because they are informed, from first to last, with the energetic delight—conveyed in unfailingly clear and supple prose—he took in coming to grips with a new book, a new writer, a new subject. In the act of reading he finds the highest kind of pleasure—an electric contact between mind and mind—a pleasure he conveys in turn to the reader of his own books.

To be caught between two social classes in a society of strict stratifications—like being caught between two civilizations, as James was, or between two racial groups, like Proust—is an excellent thing for a novelist from the point of view of his art, because it enables him to dramatize contrasts and to study interrelations which the dweller in one world cannot know. Perhaps something of the sort was true even of Shakespeare, between the provincial bourgeoisie and the Court. Dostoevsky, who had a good deal in common with Dickens and whose career somewhat parallels his, is a conspicuous example of a writer who owes his dramatic scope at least partly to a social maladjustment. The elder Dostoevsky was a doctor and his family origins were obscure, so that his social position was poor in a Russia still predominantly feudal; yet he bought a country estate and sent his sons to a school for the children of the nobility. But the family went to pieces after the mother’s death: the father took to drink and was murdered by his serfs for his cruelty. Dostoevsky was left with almost nothing, and he slipped down into that foul and stagnant underworld of the Raskolonikovs and Stavrogins of his novels. Dickens’ case had been equally anomalous: he had grown up in an uncomfortable position between the upper and the lower middle classes, with a dip into the proletariat and a glimpse of the aristocracy through their trusted upper servants. But this position, which had been useful to him as a writer, was to leave him rather isolated in English society. In a sense, there was no place for him to go and belong; he had to have people come to him.

Read a passage from Dickens: The Two Scrooges by Edmund Wilson