Back Enjoy all five Leatherstocking Tales for only $6.95 as your introduction to the Library of America series. Share order now

Enjoy all five Leatherstocking Tales for only $6.95 as your introduction to the Library of America series.

You have no obligation to buy anything else—ever.
The Pioneers | The Last of the Mohicans | The Prairie | The Pathfinder | The Deerslayer

The five novels in The Leatherstocking Tales, Cooper’s great saga of the American frontier, narrate the conflict of nations (Indian, English, French, and American) amid the dense woods, desolate prairies, and transcendent landscapes of the New World. Leatherstocking, or Natty Bumppo, first appears in The Pioneers as an aged hunter living on the fringe of a New York settlement at the end of the eighteenth century. The Last of the Mohicans looks back to the earlier time of the French and Indian Wars, when Natty and his two companions Chingachgook and Uncas attempt a daring rescue and seek to forestall the plan of the French to unleash a wave of terror. The Prairie takes up Natty in his eighties, driven by the continuous march of civilization to his last refuge on the Great Plains.

American readers couldn’t get enough of the Leatherstocking saga and Cooper brought him back in The Pathfinder. During the Seven Years’ War, just after the events narrated in The Last of the Mohicans, Natty heads for a British outpost on the Great Lakes, where the French and their Indian allies are plotting a treacherous ambush—and, for the first time, Natty falls in love. The Deerslayer brings the saga full circle and follows the young Leatherstocking on his first warpath. Honorable to friend and foe alike, Natty emerges as Cooper’s noblest figure of the American frontier.

Each volume contains authoritative and unabridged texts, helpful notes, and a detailed and informative chronology of the writer’s life. 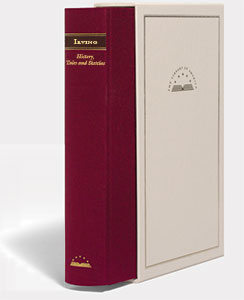 This Library of America volume brings together the first four works of Washington Irving, whose career as a writer began at age seventeen. His brother’s newspaper published Letters of Jonathan Oldstyle, Gent., a series of comic reports on the theater, theater-goers, fashions, balls, courtships, duels, and marriages of his contemporary New York. Irving’s next work, Salmagundi continued this roguish style of satire and burlesque, with gossipy accounts of the latest goings-on about the town. A History of New York, a wild and hilarious spoof that combined real New York history with political satire, was admired by Walter Scott and Charles Dickens (who carried his copy in his pocket). In later years, as Irving revised and re-revised his History, he softened his gibes; this volume presents the work in its original, exuberant, and unexpurgated form, giving modern readers a chance to enjoy the version that brought him international acclaim. The volume concludes with the famous collection The Sketch Book, containing Irving’s two best-loved stories, “Rip Van Winkle” and “The Legend of Sleepy Hollow”; sketches of English country and city life; and nostalgic portraits of vanishing traditions, like the old celebrations of Christmas.

Act now to take advantage of this limited-time offer! order now Order The Leatherstocking Tales now for just $6.95 plus $5.95 shipping & handling PLUS GET A FREE BOOK! How Subscriptions Work Subscriptions FAQ 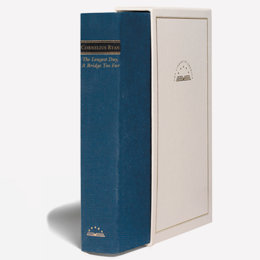 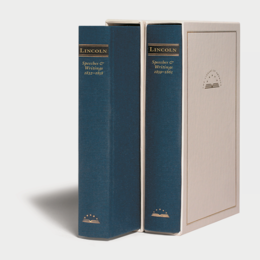 The Speeches and Writings of Abraham Lincoln