Bill Littlefield on how sportswriter W. C. Heinz listened to athletes—and knew their glory was fleeting

The Library of America’s recent title The Top of His Game: The Best Sportswriting of W. C. Heinz collects thirty-eight pieces by sports journalist W. C. Heinz (1915–2008), whose work is distinguished by its timeless human interest and vivid colloquial style.

Bill Littlefield, the book’s editor, met Heinz in 2001, and has attested to being “grateful ever since” for the friendship that developed between them. In the following interview, he discusses why Heinz’s writing has endured and how Heinz was able to create such compelling portraits of iconic athletes like Sugar Ray Robinson and Gordie Howe alongside others who were markedly less successful. Littlefield has been the host of National Public Radio’s weekly sports magazine Only A Game since 1993 and has written commentaries for NPR and Boston’s WBUR-FM for over thirty years. His seven books include two novels, Prospect and The Circus in the Woods, and the 2014 collection of sports verse Take Me Out.

In the earliest pieces in The Top of His Game, from 1947, Heinz seems already fully formed as a writer. Was his literary apprenticeship the reporting he did in World War II, or was there a period even before that in which he learned his craft?

The work Bill did as a war correspondent was certainly important to his development as a writer. I imagine he learned from the men and boys of those days the importance of getting their stories right. And he learned to work very hard at doing that. I’m sure that carried over into his work when he got home and had the opportunity to write about sports.

Heinz profiled many successful, even legendary sports figures, but much of his best work shows an affinity for what today we might call “beautiful losers”—strivers who don’t quite make it. Can you speculate a little as to where this special empathy or attraction of his might have come from?

Bill knew that everybody loses. Undefeated fighters lose. They grow old. They suffer the consequences of the profession. The glorious moments athletes provide us are glorious in part because they are fleeting. But Bill was especially drawn to the athletes he recognized as true professionals—those who brought not only talent but intelligence, determination, and integrity to what they were doing, whether or not they became champions. He respected boxers who listened and learned. The professionals.

I think his affinity for Pete Reiser, for example, came in part from the recognition that Reiser couldn’t have played baseball any other way. He didn’t run into outfield walls because he wanted to. That was the only way he could play the game, and it was brave and sad at the same time. The loss was built into the glory.

Heinz can make choices that initially might seem counterintuitive, such as his decision, in the long boxing piece “The Day of the Fight,” not to get to the match itself until the startling final paragraph. Did he have certain characteristic strategies in his writing?

I don’t know about characteristic “strategies.” It feels to me as if Bill’s constant strategy was to listen carefully and to see what there was to see. Sometimes he heard and saw things others missed until he pointed them out.

Along those lines: what trait do you most admire about Heinz as a writer?

Bill had great respect for the people about whom he wrote. So much writing about sports is full of smart-alecky asides and sarcasm or derision. Bill didn’t work that way. He cared about getting each story right, and when you read his work, you feel as if he cared not only about that responsibility, but about the people. He liked some of them more than others, certainly, and he didn’t entirely trust some of them, but he always honored them with his attention.

You were already familiar with Heinz’s work and career well before beginning to work on this book. As you sifted through the scrapbooks of his writing that Gayl Heinz, his daughter, lent you, were there any particular surprises—facets of Heinz’s talent you hadn’t come across before, for instance?

Jeff MacGregor said it best. He went through the same scrapbooks for his wonderful Sports Illustratedprofile of Bill, and Jeff said, “There aren’t any bad ones.” I agree.

Is there a piece here that readers may find surprising?

The column Bill wrote about “Toughie” Brasuhn, Queen of the Roller Derby. I don’t think most of Bill’s readers will recall that one, but I was delighted to see it. Bill was curious. And he wasn’t reluctant to step away from the gym or the race track or the ball field when something like the roller derby came to town. I really like that column.

The period covered in The Top of His Game, 1947 to 1979, arguably coincides with the zenith of print journalism in this country. Given your own background, what’s the difference between a great print piece and a great TV or radio piece?

I don’t know how to talk about TV pieces in that context, because to such a great extent TV is obviously about pictures. That’s not to say that some of the people writing for television aren’t excellent writers . . . only that they know they can depend on images for a lot of the impact they’re trying to create. But radio is about words, just as obviously, and a good story told well on the radio is not so different from a good story told well in print, except that often radio gives you less time to get the job done. It’s been great to see some of the websites bring back what’s being called “long-form” journalism, the form in which Heinz was the master, because most of the magazines in which that work used to appear are long gone.

Your introduction recounts an episode in which, without having taken any notes, Heinz was able to report “word for word” on a meeting with boxing manager Jack Hurley at Stillman’s Gym. Is it possible today’s reliance on tape recorders and video cameras might make it harder for new writers like W. C. Heinz to emerge?

Several people who have read the introduction have commented on that story. Bill told me that of course he couldn’t reproduce “word for word” what Jack Hurley had said during that afternoon. What he could do was give his readers the cadence of Hurley’s voice, and a sense of his wit, by using some of the words and expressions Hurley favored. Bill could recreate what he’d heard in a smaller space—the space afforded him in a newspaper column.

Some people today wouldn’t be comfortable with that process. I think what makes the work harder for journalists today is that the athletes and the people around them are so careful about their images. A lot of them don’t have much to say, at least while the digital recorders are running or the cameras are rolling or the notebooks are out. And probably most writers now—like most writers in any time—are less patient than Bill was, and less trustworthy, too.

A lot of readers today may be fascinated to learn that in 1968 Heinz co-wrote, under a pseudonym, the novel that inspired the film and TV show M*A*S*H, after his two well-received novels The Professional and The Surgeon. Are there connections to be drawn between his fiction and his sportswriting?

The only novel about which Bill and I spoke at any length was The Professional. Bill put the qualities he’d learned to respect in fighters and in at least one trainer into the characters in The Professional. He was proud of what a good book it is, and proud of the integrity with which he’d written it. I won’t say any more about it, in case some of the people reading this haven’t yet read the novel. I don’t want to spoil it for them.

Audio and text selection: Read the W. C. Heinz classic “Death of a Race Horse” at The Library of America’s Story of the Week website and listen to Bill Littlefield reading the selection in streaming audio. 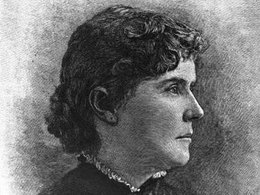 Kathryn Davis on the novels of Jean Stafford: “She never sentimentalized anything”