Red Smith, “Kings Get in Free”

The Summer Olympics in 1948, known at the time as the Austerity Games, were hosted by a London still recovering from the devastation and scarcities of WWII. “After all those dark days of the war, the bombing, the killing and the starvation, the revival of the Olympics was as if the sun had come out,” Czechoslovak long-distance runner Emil Zatopek said to reporters.

In London to report on the spectacle for the New York Herald Tribune, Red Smith brought his unique blend of irreverent wit and love of all things athletic. Growing up, he cherished the humorous baseball stories written by Ring Lardner, which he first encountered as a child when his mother read them aloud from the Saturday Evening Post. Another major inspiration was James Thurber, whom he later got to know. “Jim Thurber was the greatest humorist of this time and probably America’s greatest since Mark Twain,” Smith wrote shortly after his friend died in 1961.

Thurber, Smith noted, “resented the fact that in many minds the definition of humorist was ‘unserious.’” Similarly, although Smith claimed to “flinch whenever I see the word literature used in the same sentence with my name,” he pointed out that the sportswriter nevertheless “contributes his small bit to the record of his time. It’s one aspect of the culture we live in.”

For his first report from the Austerity Games, then, Smith cast his wit-enhanced eye around the flamboyant opening ceremony of Wembley Stadium and zeroed in on the figure most out of place and least likely to receive attention from his colleagues: the King, “perspiring royally in his gold-braided sailor suit” while Boy Scouts fainted on the field in the 97-degree heat and the representatives from seventy nations paraded by. “It was hokum. It was pure Hollywood. But it was good. You had to like it.” We present his column, “Kings Get in Free,” as our Story of the Week selection.

Read “Kings Get in Free” by Red Smith 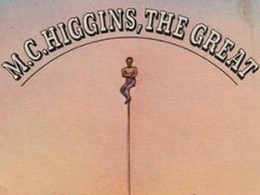