Back The Light in the Piazza: From Page to Stage Print
Share
Video July 14, 2021

July 14, 2021 — Elizabeth Spencer’s The Light in the Piazza is an exceptionally beautiful and memorable work in the literature of Americans abroad — in this case in Florence, aglow in summer light, shadowed by a family secret. Her 1960 novella inspired in turn a great twenty-first century American musical, the Tony Award-winning adaptation by acclaimed composer Adam Guettel and playwright Craig Lucas. To honor Spencer’s centenary and the new Library of America collection of her novels and stories, Guettel joins New Yorker staff writer and bestselling author Adam Gopnik for a conversation about reimagining Spencer’s dark comic masterpiece for the musical stage. Elena Shaddow, who played the lead role of Clara in the show’s national tour, performs, accompanied by Broadway conductor/pianist/music director Andrew Resnick.

Presented in partnership with the Association of Literary Scholars, Critics & Writers; Centenary College; the Center for the Study of Southern Culture at the University of Mississippi; Concord Theatricals; MasterVoices; the Mississippi Humanities Council; the New York Festival of Song; and the NYU/Skirball Center 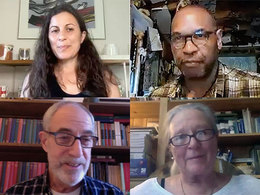