Back Joan Didion: The Art of Storytelling Print
Share
Video May 19, 2021

May 19, 2021 — An iconic voice in contemporary American writing, Joan Didion through her novels and literary nonfiction reimagined the way stories are told. In the process, this “articulate witness to the most stubborn and intractable truths of our time,” in Joyce Carol Oates’ words, has become an inescapable influence on writers who have followed her. 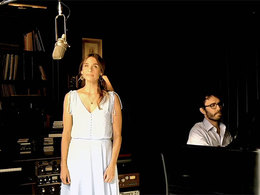