Watch: Yusef Komunyakaa on a fellow poet and soldier’s “rendezvous with death”

Video: Yusef Komunyakaa reads “I Have a Rendezvous with Death” (2:07)

“I see it as a strange love poem” in which “Death is a lover.”

That’s Pulitzer Prize–winning poet and United States Army veteran Yusef Komunyakaa on “I Have a Rendezvous with Death,” the best-known work of American poet Alan Seeger, who served with the French Foreign Legion for nearly two years before being killed in action in the Battle of the Somme on July 4, 1916.

Though Seeger was only twenty-eight when he died, the posthumously published “I Have a Rendezvous with Death” won him a kind of immortality. It remains one of the best-known American poems to come out of the war. President John F. Kennedy was so fond of it that he regularly asked Jacqueline Kennedy to recite it to him. In addition, a statue modeled after Seeger stands atop a monument in the Place des États-Unis in Paris, erected in 1923, honoring American volunteers who died fighting for France.

The latest issue of Harvard magazine profiles Seeger (Harvard Class of 1910) on the hundredth anniversary of his death, noting that he became friendly with classmates John Reed and Walter Lippmann when he edited the school literary magazine. Left unmentioned is the measured praise still another classmate, T. S. Eliot, gave to Seeger’s posthumous collection Poems in 1917:

Seeger was serious about his work and spent pains over it. The work is well done, and so much out of date as to be almost a positive quality. It is high-flown, heavily decorated and solemn, but its solemnity is thorough going, not a mere literary formality. Alan Seeger, as one who knew him can attest, lived his whole life on this plane, with impeccable poetic dignity; everything about him was in keeping.

“I Have a Rendezvous with Death” appears in Library of America’s forthcoming anthology World War I and America, which recounts the American experience of the war entirely through firsthand sources. The book is also at the center of a larger two-year initiative, supported by the National Endowment for the Humanities, that is designed to bring veterans and the general public together to explore World War I’s continuing relevance one hundred years later.

Yusef Komunyakaa is one of several writers, veterans, and scholars Library of America asked to respond to the texts in World War I and America as a means of exploring their contemporary resonances. He served in the U.S. Army during the Vietnam War as a correspondent and as managing editor of the Southern Cross, the newspaper of the 23rd Infantry Division, for which he earned a Bronze Star for merit. His 1988 collection Dien Cai Dau, based on his experience in Vietnam, is frequently cited as a major contribution to contemporary American war literature.

Komunyakaa recites “I Have a Rendezvous with Death” in the video above; below, he offers his commentary.

Click here for more information on World War I and America, and watch this space for more videos, and other content related to the project, in the weeks ahead. 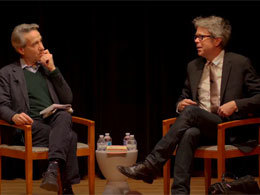 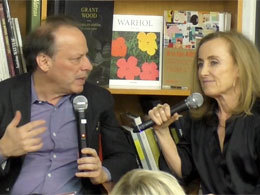 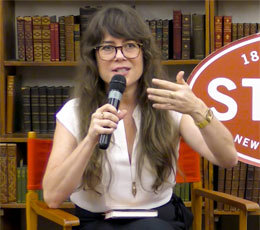