Back Madeleine L’Engle: The Wrinkle in Time Quartet Print
Share
add to cart

A Wrinkle in Time | A Wind in the Door | A Swiftly Tilting Planet | Many Waters More
Edited by Leonard S. Marcus

A Wrinkle in Time was only the beginning: rediscover an American classic and its three sequels in this deluxe Library of America edition 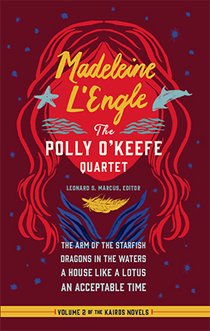