Back Bernard Malamud: Novels and Stories of the 1960s Print
Share
add to cart

Bernard Malamud: Novels and Stories of the 1960s

“The voice was unlike any other, haunted by whispers of Hawthorne, Babel, Isak Dinesen, even Poe, and at the same time uniquely possessed: a fingerprint of fire and ash.”—Cynthia Ozick, The New York Times Book Review 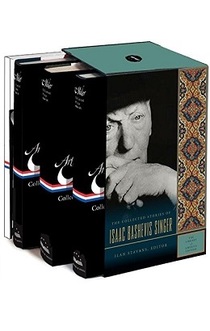