“[Both] novels were admired by Joseph Conrad, who declared, ‘Cooper loved the sea and he looked at it with consummate understanding. His descriptions embrace the colors of sunset, the peace of starlight, the aspects of calm and storm, the great loneliness of the waters.’ " — Boston Globe 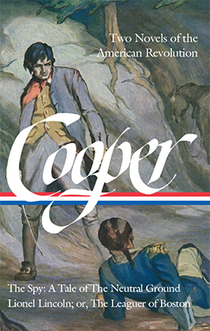