Back Enjoy The American Revolution for only $2.95 as your introduction to the Library of America series. Share order now

Enjoy The American Revolution for only $2.95 as your introduction to the Library of America series.

You have no obligation to buy anything else—ever.
Clothbound, slipcased edition | 874 pages

“Powerful, startling and a subtle but profound challenge to much that we think we know about the founders and their era.”—Los Angeles Times

Drawn from letters, diaries, newspaper articles, public declarations, contemporary narratives, and private memoranda, The American Revolution brings together over 120 pieces by more than 70 participants and eyewitnesses to create a unique literary panorama of the War of Independence.

Beginning with Paul Revere’s own narrative of his legendary ride in April 1775 and ending with a moving account of George Washington’s resignation from the command of the Continental Army in December 1783, The American Revolution describes the major events of the conflict—the early battles of Lexington, Concord, and Bunker Hill; the failed American invasion of Canada; the crucial battle of Saratoga; the bitter fighting in the South and along the western frontier; and the decisive triumph at Yorktown.

Includes a chronology of events, biographical and explanatory notes, and an index. 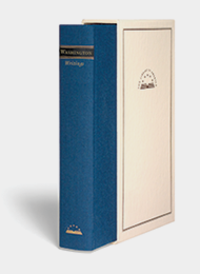 Over 440 letters, orders, addresses, and other documents reveal Washington as an energetic, forceful, and at times eloquent writer and help explain why he is universally acknowledged as the one indispensable founder of the American republic. “George Washington: Writings does a good deal more to make the father of our country an accessible figure than can either a TV miniseries or another biography.”—Los Angeles Times

Act now to take advantage of this limited-time offer! order now Order The American Revolution now for just $2.95 plus $3.00 shipping & handling PLUS GET A FREE BOOK! How Subscriptions Work Subscriptions FAQ

The Guns of August & The Proud Tower