If you believe in LOA’s mission and would like to support our activities in a substantial way, nothing is more helpful than endowing a volume in the series to keep it permanently in print. Your gift will have prominent recognition in the book, and as a Guardian of American Letters you will make a lasting contribution to American culture.

This month’s featured candidate for adoption is Gertrude Stein: Writings 1932–1946, the second volume in Library of America’s authoritative edition of the boldest innovator in twentieth–century American literature. Writings 1932–1946 includes Stein’s opera The Mother of Us All, inspired by the life of women’s rights activist Susan B. Anthony (with a score by Virgil Thomson), and the striking stylistic departure Brewsie and Willie, in which she pays homage to the American soldiers she came to know after the liberation of France during World War II.

A fully tax-deductible contribution of $75,000 to the Guardians of American Letters Fund will ensure that Gertrude Stein’s works—an essential part of the American literary heritage—are always available for current and future generations of readers.

Learn more about becoming a Guardian of American Letters. 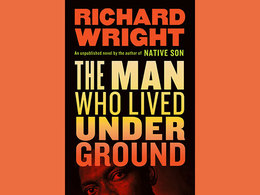