The novelist Kevin Keating recently discussed the tradition of ghost stories and similar fiction and argued, “Though he frequently leaned on the tired conventions of Gothic literature, Poe had one important tool that M. R. James seemed to lack—a keen and sometimes ferocious sense of humor.” For some time now, we at the LOA have tried to reintroduce the “funny” Poe to fans who might know only his reputation as a writer of horror fiction. Last year we presented the deliriously wacky “System of Doctor Tarr and Professor Fether” as a Story of the Week selection, and this week we give you “Never Bet the Devil Your Head”—which, quite frankly, strikes us as pretty sound advice. Readers will probably suss out the story’s ending from the title alone, but Toby Dammit, man of many vices, might well be one of Poe’s most delightful creations. 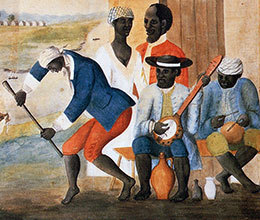